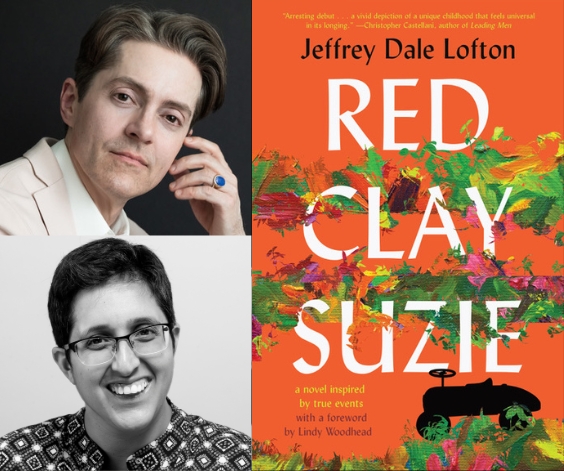 This virtual event is free but registration is required. Click here to register. The link required to attend will be emailed to registrants prior to the event.

A novel inspired by true events. The coming-of-age story of Philbet, a gay, physically-misshapen boy in rural Georgia, who battles bullying, ignorance, and disdain as he makes his way in life as an outsider--before finding acceptance in unlikely places. Fueled by tomato sandwiches and green milkshakes, and obsessed with cars, Philbet struggles with life and love as a gay boy in rural Georgia. He's happiest when helping Grandaddy dig potatoes from the vegetable garden that connects their houses. But Philbet's world is shattered and his resilience shaken by events that crush his innocence and sense of security; expose his misshapen chest skillfully hidden behind shirts Mama makes at home; and convince him that he's not fit to be loved by Knox, the older boy he idolizes to distraction. Over time, Philbet finds refuge in unexpected places and inner strength in unexpected ways, leading to a resolution in the form of a letter from beyond the grave.

Jeffrey Dale Lofton hails from Warm Springs, Georgia, best known as the home of Roosevelt’s Little White House. He calls the nation’s capital home now and has for over three decades. During those early years he spent many a night trodding the boards of the DC’s theaters and performing arts centers, including the Kennedy Center, Signature Theatre, Woolly Mammoth, and Studio Theatre. He even scored a few television screen appearances, including a residuals-rich Super Bowl halftime commercial, which his accountant wisecracked “is the finest work of your career.” Ultimately he stepped away from acting, much to his parents’ relief, to pursue other, more traditional work, including providing communications counsel to landscape architects and helping war veterans tell their stories to add richness and nuance to historical accounts. At the same time, he focused on pursuing post-graduate work, ultimately being awarded Master’s degrees in both Public Administration and Library and Information Science. Today, he is a senior advisor at the Library of Congress, surrounded by books and people who love books—in short, paradise. Red Clay Suzie is his first work of fiction, written through his personal lens growing up an outsider—he is gay and was born with a physical deformity—figuring out life and love in a conservative family and community in the Deep South.

Neema Avashia was born and raised in southern West Virginia to parents who immigrated to the United States. She has been a middle school teacher in the Boston Public Schools since 2003. Her essays have appeared in the Bitter Southerner, Catapult, Kenyon Review Online, and elsewhere.

Another Appalachia: Coming Up Queer and Indian in a Mountain Place (Paperback)