Live Stream: Derek Baxter presents In Pursuit of Jefferson: Traveling through Europe with the Most Perplexing Founding Father 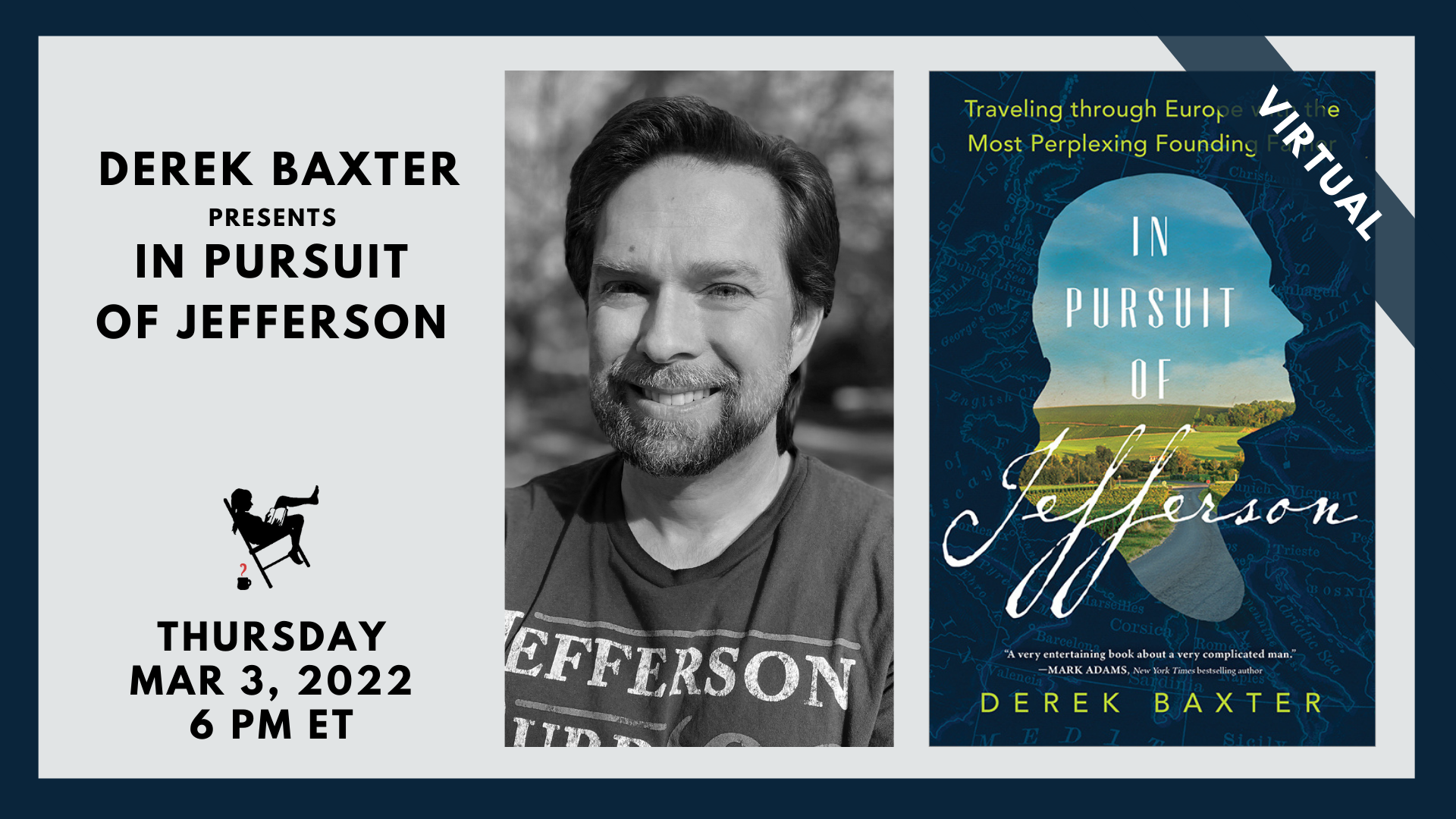 This event is a free event, but registration is required. Click here to register. The link required to attend will be emailed to registrants prior to the event.

A debut that combines historical nonfiction with travel books, for fans of Bill Bryson and Rinker Buck, In Pursuit of Jefferson is the story of an American on a journey through Europe, following the epic trail of Thomas Jefferson. A controversial founding father. A man ready for a change. And a completely unique trip through Europe. In 1784, Thomas Jefferson was a broken man. Reeling from the loss of his wife and humiliated from a political scandal during the Revolutionary war, he needed to remake himself. And to do that, he traveled. Traipsing through Europe, Jefferson saw and learned as much as he could, ultimately bringing his knowledge home to a young America. There, he would rise to power and shape a nation. More than two hundred years later, Derek Baxter, a devotee of American history, stumbles on an obscure travel guide written by Jefferson—Hints for Americans Traveling Through Europe—as he’s going through his own personal crisis. Who better to offer advice than a founding father himself? Using Hints as his roadmap, Baxter embarks on a new journey, following Jefferson through six countries and countless lessons. But what Baxter learns isn’t always what Jefferson had in mind, and as he comes to understand Jefferson better, he doesn’t always like what he finds. In Pursuit of Jefferson is at once the story of a lifechanging trip through Europe, an unflinching look at a founding father, and a moving personal journey. With rich historical detail, a sense of humor, and boundless heart Baxter explores how we can be better moving forward only by first looking back.

Derek Baxter graduated from the University of Virginia with a degree in history. He is currently an attorney who lives in Virginia. Afteryears of research, Derek made nine separate trips abroad on Jefferson's trail. You can follow his adventures with Thomas Jefferson atwww.jeffersontravels.com

In Pursuit of Jefferson: Traveling through Europe with the Most Perplexing Founding Father (Hardcover)