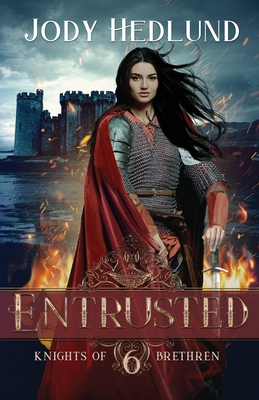 During a time when legends were born . . .

The feisty enemy princess, the cunning knight holding her captive, and the ultimate battle that will determine their fate.

Hoping to minimize the death and destruction of the coming war, Princess Birgitta of Swaine leads the Dark Warriors as part of her brother King Canute's efforts to take the throne of Norvegia. As she engages in a skirmish with a band of elite Knights of Brethren, she's kidnapped by Kristoffer Prestegard, a cunning warrior.

While searching for the holy lamp that can help defeat the Dark Warriors, Kristoffer realizes that Swaine has already seized the ancient relic. Since King Canute is fiercely protective of his sister, Kristoffer offers to return Princess Birgitta in exchange for the coveted holy lamp.

While trying to keep his feisty prisoner from escaping, Kristoffer learns that his father and uncle have set in motion a scheme that would give him the kingship of Norvegia. Where will Kristoffer's loyalties lie, and how will he choose sides without losing everything, including the princess he's grown to love?

The real story of the Holy Lamp continues . . .