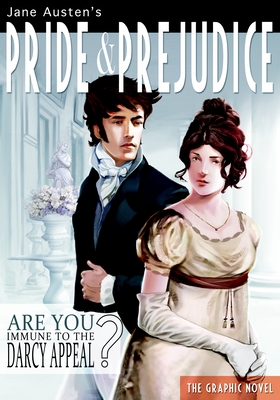 
This book is currently on backorder. Please call or email for availability.
One of the most famous opening lines in English literature, the most compelling of stories, and a host of vivid characters, has won Pride and Prejudice its rightful pride-of-place on bookshelves throughout the world. For Mr Bennet, a quiet life is to be highly commended. For Mrs Bennet, finding eligible husbands for her five daughters is the most important of a mother's duties. For Elizabeth, marrying without affection is unthinkable. But for them all, life is about to change when a handsome young man and his equally handsome and wealthy companion, take residence nearby.

Grand country estates, beautiful women, and eligible young men all play their part in this unforgettable story that has delighted readers for 200 years. A story where comedy, heartache and romance interweave to make Pride and Prejudice one of the most popular and enduring novels in the English language.
Jane Austen was born in the small village of Steventon in Hampshire on 16th December 1775. She was the seventh of eight children and throughout her life was especially close to her only sister, Cassandra. Jane never married and only once, very briefly, was engaged. In 1814, giving advice to a niece, and echoing Jane Bennet in Pride and Prejudice, she wrote, "Anything is to be preferred or endured rather than marrying without affection." She was 36 before her first novel was published and during her lifetime she made little more than £700 from her writing. Her novels, however, have proved enduringly popular, and since 1833 have never been out of print. Jane became ill in 1816 and died in the arms of her sister on 18th July 1817. She was 41 years old. Cassandra wrote, "I have lost such a sister, such a friend as can never have been surpassed... She was the sun of my life." Four of Jane's novels were published during her lifetime: Sense and Sensibility (1811), Pride and Prejudice (1813), Mansfield Park (1814) and Emma (1816). Northanger Abbey and Persuasion were published posthumously in 1818.
"I highly recommend Campfire’s comics. They do what they are intended to do and do it in  a way that excites kids about classic literature."

— Chris Wilson, The Graphic Classroom (a resource for teachers and librarians)