There and Back: Photographs from the Edge (Hardcover) 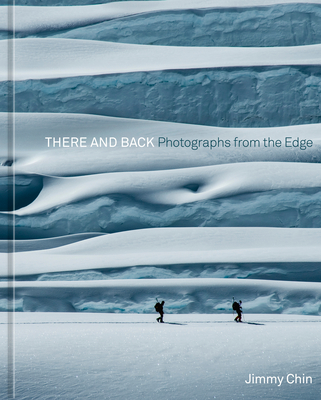 There and Back: Photographs from the Edge (Hardcover)

This is for the UNSIGNED EDITION. Click here to order a signed copy.

NEW YORK TIMES BESTSELLER • The Academy Award–winning director of Free Solo and National Geographic photographer presents the first collection of his iconic adventure photography, featuring some of the greatest moments of the most accomplished climbers and outdoor athletes in the world, and including more than 200 extraordinary photographs.

“An extraordinary work of art.”—Jon Krakauer

Filmmaker, photographer, and world-class mountaineer Jimmy Chin goes where few can follow to capture stunning images in death-defying situations. There and Back draws from his breathtaking portfolio of photographs, captured over twenty years during cutting-edge expeditions on all seven continents—from skiing Mount Everest, to an unsupported traverse of Tibet's Chang Tang Plateau on foot, to first ascents in Chad’s Ennedi Desert and Antarctica’s Queen Maud Land.

Along the way, Chin shares behind-the-scenes details about how he captured such astounding images in impossible conditions, and tells the stories of the legendary adventurers and remarkable athletes he has photographed, including Alex Honnold, the star of his Academy Award–winning documentary film Free Solo; ski mountaineer Kit DesLauriers; snowboarder Travis Rice; and mountaineers Conrad Anker and Yvon Chouinard.

These larger-than-life images, coupled with stories of outsized drive and passion, of impossible goals with life or death stakes, of partnerships forged through incredible hardship, are sure to inspire wonder and awe.
Jimmy Chin is an Academy Award-winning filmmaker, National Geographic photographer, and professional mountain sports athlete. He has led or participated in cutting-edge expeditions around the world for over twenty years, including significant first ascents on all seven continents, and his photographs have graced the covers of National Geographic Magazine and the New York Times Magazine. Jimmy also co-produces and co-directs with his wife, Chai Vasarhelyi. Their film Meru won the Audience Award at the Sundance Film Festival and was on the Oscar shortlist for Best Documentary Feature. Their documentary Free Solo won a BAFTA, seven primetime Emmys, and the Academy Award for Best Documentary Feature. Jimmy, Chai, and their two children split their time between New York City and Jackson Hole, Wyoming.
­­­­­­­“In There and Back, Jimmy Chin tells the story of his remarkable life through a selection of breathtaking photos accompanied by passages of insightful text. The end result is an extraordinary work of art.”—Jon Krakauer

“Many of us will never risk our lives to see what Jimmy Chin sees, but in these pages, his photography will transport you to the razor’s edge, challenging your perceptions of what humans can achieve.”—Brie Larson

“Jimmy Chin is one of the most widely traveled and experienced adventure photographers on Earth, and this collection is an absolute tour de force. I read this book in a single sitting and finished feeling inspired to take on the world.”—Alex Honnold

“Jimmy’s photography takes you on a journey to places few have ever visited. No one else is capable of capturing such beauty while hanging by a thread from a towering rock face or skiing down the legendary slopes of Mount Everest. It is a pleasure to finally have all his most iconic images in one volume. I can't wait for you to get lost in the poetry he has unearthed at the most extreme corners of our planet.”—Paul Nicklen