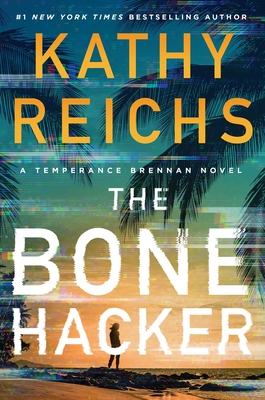 This is book number 22 in the A Temperance Brennan Novel series.

#1 New York Times bestselling author Kathy Reichs returns with her twenty-second high-stakes thriller featuring forensic anthropologist Temperance Brennan who, following a series of bizarre disappearances on the islands of Turks and Caicos, enters a sinister labyrinth in which a new technology may wreak worldwide havoc.

Called in to examine what is left of a body struck by lightning, Tempe traces an unusual tattoo to its source and is soon embroiled in a much larger case. Young men—tourists—have been disappearing on the islands of Turks and Caicos for years. Seven years ago, the first victim was found in a strange location with both hands cut off; the other visitors vanished without a trace. But, recently, tantalizing leads have emerged and only Tempe can unravel them.

Maddeningly, the victims seem to have nothing in common—other than the strange locations where their bodies are eventually found, and the fact that the young men all seem to be the least likely to be involved in foul play. Do these attacks have something to do with the islands’ seething culture of gang violence? Tempe isn’t so sure. And then she turns up disturbing clues that what’s at stake may actually have global significance.

It isn’t long before the sound of a ticking clock grows menacingly loud, and then Temper herself becomes a target.
Kathy Reichs’s first novel Déjà Dead, published in 1997, won the Ellis Award for Best First Novel and was an international bestseller. She has written twenty-two novels featuring forensic anthropologist Temperance Brennan. Kathy was also a producer of Fox Television’s longest running scripted drama, Bones, which was based on her work and her novels. One of very few forensic anthropologists certified by the American Board of Forensic Anthropology, Kathy divides her time between Charlotte, North Carolina, and Montreal, Québec. Visit her at KathyReichs.com or follow her on Twitter @KathyReichs.