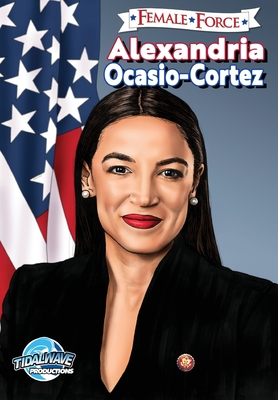 The youngest woman ever to serve in the United States Congress, few politicians have captured the attention of the electorate like Alexandria Ocasio-Cortez. To the left side of the political aisle, she's a young, hungry visionary who isn't afraid to buck the system to serve as the voice of her generation. To the right, she's an angry, wacky upstart poisoned by a liberal education system that failed her. Her out of nowhere defeat of Joe Crowley, the powerful 10-term representative of New York's 14th District, is considered the defining moment of the 2018 election cycle. See what she is doing today. Art by Cornerstone Creative Studios and cover by famed comic book artist Dave Ryan.