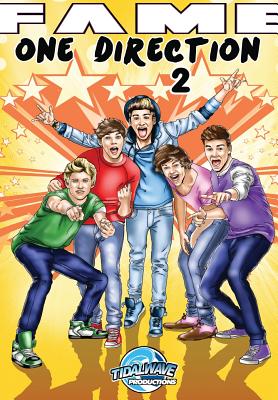 The sequel to the popular comic book in the "Fame" series. One Direction is one of the biggest sensations in the world today and this issue has documented their Fame in since they formed. See what One Direction is a British-Irish boy band consisting of members Niall Horan, Zayn Malik, Liam Payne, Harry Styles and Louis Tomlinson have been doing with thier FAME in comic book form

As featured on CNN, Time Magazine, People Magazine, LA Times, OK Magazine, and MSNBC FAME is a comic book biography series that focuses on the biggest and brightest stars in the world