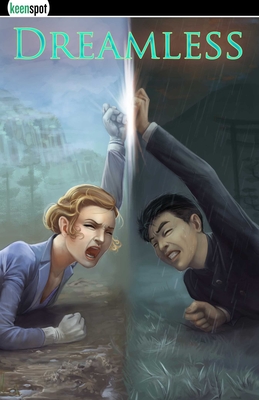 
This book is currently on backorder. Please call or email for availability.
10th anniversary edition!

Dreamless is a World War II romance about an American girl and a Japanese boy who have seen each other's lives in their sleep since birth. This collection of the popular webcomic now celebrating its 10th anniversary is written by Bobby Crosby (author of Marry Me, recently adapted into a major motion picture starring Jennifer Lopez) and beautifully painted by Sarah Ellerton (Inverloch).
Bobby Crosby is an American writer of comics and prose fiction with books like Marry Me, Dreamless, Last Blood, and +EV. Bobby is also a YouTube star, with his channel Dodgerfilms attracting more than a million subscribers and half a billion video views.

Sarah Ellerton is an Australian comics writer and illustrator best known for Dreamless, Inverloch, The Phoenix Reqiuem, and Finding Gossamyr.