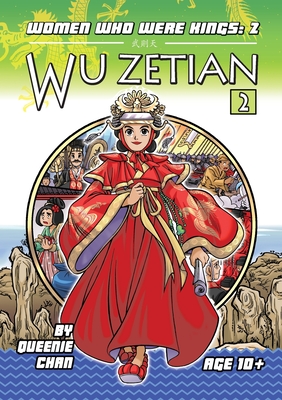 In the second of this "Women Who Were Kings" series, we chart the life of Wu Zhao--post-humously named Wu Zetian--China's only female Emperor. Born a commoner, she was a concubine to two generations of Emperors before finally seizing the throne after her husband's death.

Her remarkable ascent and political acumen is told in this story, along with her economic, cultural, and military achievements which brought decades of prosperity to Tang Dynasty China. How did such a low-born woman seize the reins of such a great Empire? What is her story?

Properly researched, lavishly illustrated, and with footnotes and a bibliography, this graphic novel biography is suited for anyone with an interest in women rulers in Imperial China. For Ages 10+.