Cycling the Islands: A Guide to Scenic Routes on the San Juan and Gulf Islands (Paperback) 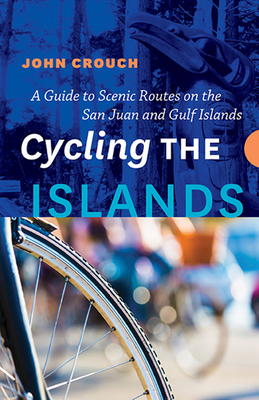 Cycling the Islands: A Guide to Scenic Routes on the San Juan and Gulf Islands (Paperback)


On Our Shelves Now
Featuring over 35 adventures on 13 different islands, each route includes a map and detailed information on local history, topography, aesthetics, places of interest, type of road, general route condition, level of difficulty, start and end points, checkpoints along the way and plenty of full-colour photographs. All of the text and accompanying information is fun, accessible, clearly laid out and easy to use. Readers can escape to the following unique destinations: CANADA
Salt Spring Island
Pender Island
Mayne Island
Galiano Island
Gabriola Island
Denman Island
Hornby Island
Quadra Island USA
San Juan Island
Lopez Island
Orcas Island
Whidbey Island
Shaw Island.
John Crouch is a well-known athlete and writer. For ten years he was the editor of a professional medical journal, the BC Massage Practitioner, and was founding editor of Island Runner magazine. He has also worked with CBC Radio promoting walking and hiking in the Victoria area. John's physical and athletic pursuits embrace a number of disciplines. As a hiker and climber he has summited Mount Rainier, Mount Whitney, Mount Baker and Vancouver Island's highest peak, the Golden Hinde. As an athlete John has competed in 16 marathons and countless shorter races. His accomplishments include winning the World Endurance Duathlon Championship in the 60+ age category in Holland in 2001 and coming second in the 2007 event in Richmond, Virginia; winning the 60+ category in the American Masters Marathon Championship in Napa, California, in 2004; and was on the podium in his category in his first Ironman Canada in 2005. He lives with his wife, Lorinda, in Victoria, British Columbia.