One Kind Favor: A Novel (Paperback) 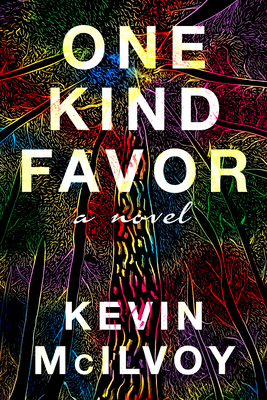 One Kind Favor: A Novel (Paperback)

Fiction. Based loosely on a tragic real-life incident in 2014; ONE KIND FAVOR explores the consequences of the lynching of a young black man in rural North Carolina. After the lynching of Lincoln Lennox is discovered and subsequently covered up in the small fictional community of Cord; North Carolina; the ghosts who frequent the all-in-one bar and consignment shop take on the responsibility of unearthing the truth and acting as the memory for the town that longs to forget and continues to hate. A reimagined Kathy Acker; the groundbreaking literary icon; engages Lincoln in a love triangle and brings a transgressive post-punk esthetic to the mission. The down-the-rabbit-hole satirical storytelling of ONE KIND FAVOR; Kevin McIlvoy's sixth novel; echoes Appalachian ghost stories in which haunting presences will; at last; have their way.

In ONE KIND FAVOR; Kevin McIlvoy crafts a novel we haven't seen before: a rare book about race and place that offers a nuanced take on the world we live in. This book feels vital for our times.--Nina McConigley

I describe Cord as 'spirit-haunted;' but is any place in America not haunted by ancestral misdeeds?--Rion Scott Amilcar