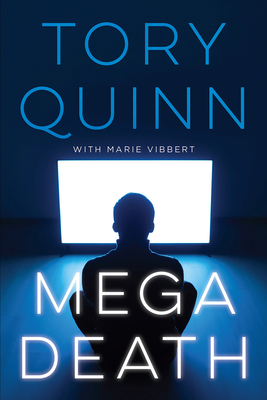 It’s 2112 and war between nations has become a spectator sport. Soldiers are now gamers who live and die based on the outcome of the match, and every four years a worldwide MegaDeath tournament gives countries a chance to air their grievances. This year, however, an enterprising company has made it possible for ordinary citizens to bet their lives on their country’s team. Winning players will become national heroes, but losers will be responsible for the deaths of millions of their fellow citizens.

For North America’s talented star player, Megan Mori, death can’t come soon enough. Haunted by the loss of her daughter, which she blames on her own government, she has nothing more to lose and no one to fight for.

But as the games begin, it becomes clear that a much more sinister agenda is unfolding, and Megan will need to rally her fellow gamers against a threat that could end humanity as they know it.

“A thrilling and inventive future world that strikes a chord in today's nationalistic climate.”  –Advanced Review

Fans of Death Race and Ready Player One will love this book.

Working for a government think tank specializing in future technologies by day, TORY QUINN enjoys spending the evenings in front of the fire, sipping wine (a good but cheap Merlot from a box), while spinning yarns about technology gone astray and the lessons we can learn from the people faced with those situations. How does a scientist like Tory become a prolific writer? As Einstein said, “Imagination is more important than knowledge.” Many of the same skills required to dream up tomorrow’s great technologies apply to building fictional worlds, then setting extraordinary characters free within them.

"A grim future...exciting take on war and sport." —Advanced Reviewer

"Mega Death by author Tory Quinn is a brilliantly executed novel -- and one that is especially and unreservedly recommended for community library Contemporary Science Fiction collections."--Midwest Book Review