The Wealth of Nations (Hardcover) 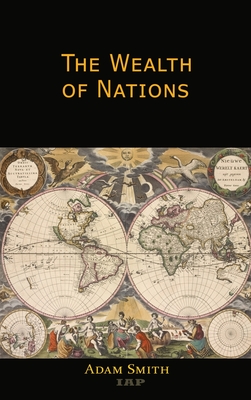 The Wealth of Nations (Hardcover)

The Wealth of Nations, also called An Inquiry into the Nature and Causes of the Wealth of Nations, is the main work of the Scottish economist Adam Smith. Originally published in 1776, the book is today a fundamental work in classical economics. By using the Industrial Revolution as a reference, the book addresses broad topics as the division of labour, productivity, and free markets. It presents one of the world's first collected descriptions of what builds nations' wealth. Adam Smith was among the first ones to declare that wealth is created through productive labor, and that self-interest motivates people to put their resources to the best use. He argued that profits flowed from capital investments, and that capital gets directed to where the most profit can be made. Smith was a Scottish economist, a pioneer of political economy, and a key figure during the Scottish Enlightenment. He is also known as "The Father of Economics" or "The Father of Capitalism".