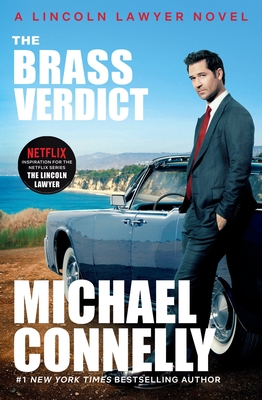 This is book number 2 in the A Lincoln Lawyer Novel series.

Defense attorney Mickey Haller and Detective Harry Bosch must either work together or die as they investigate a Hollywood lawyer's murder in this "epic page-turner" (Library Journal).
Things are finally looking up for defense attorney Mickey Haller. After two years of wrong turns, Haller is back in the courtroom. When Hollywood lawyer Jerry Vincent is murdered, Haller inherits his biggest case yet: the defense of Walter Elliott, a prominent studio executive accused of murdering his wife and her lover. But as Haller prepares for the case that could launch him into the big time, he learns that Vincent's killer may be coming for him next.

Enter Harry Bosch. Determined to find Vincent's killer, he is not opposed to using Haller as bait. But as danger mounts and the stakes rise, these two loners realize their only choice is to work together.
Michael Connelly is the author of thirty-one previous novels, including #1 New York Times bestsellers Two Kinds of Truth, The Late Show, and The Wrong Side of Goodbye. His books, which include the Harry Bosch series and the Lincoln Lawyer series, have sold more than seventy-four million copies worldwide. Connelly is a former newspaper reporter who has won numerous awards for his journalism and his novels and is the executive producer of Bosch, starring Titus Welliver. He spends his time in California and Florida.