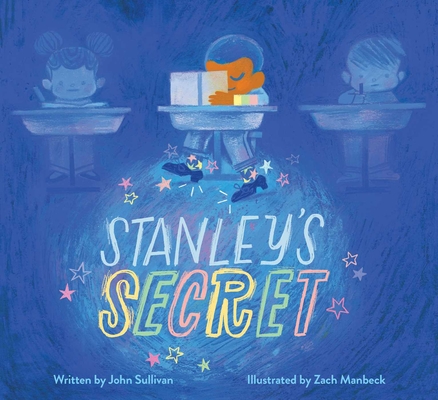 
On Our Shelves Now
The award-winning author of Kitten and the Night Watchman is back with an inspiring and poignant picture book about a boy learning the self-confidence to fulfill his dream of dancing in front of his peers.

The only audience shy, quiet Stanley dances in front of is his pet mice, Squeaker and Nibbles. He also practices when he’s alone in empty classrooms or the gym when he helps the janitor after school, tap dancing shuffle, tippy-tap, tippy-tap. “Talent should be shared,” encourages Principal Reynolds. Can Stanley find the courage to perform in the school talent show?
John Sullivan received the Ezra Jack Keats Award and Margaret Wise Brown Prize for his debut picture book Kitten and the Night Watchman, also named a best book of the year by The Boston Globe, Kirkus Reviews, Publishers Weekly, and BookPage. He is also the author of Ethan and the Strays and Stanley’s Secret. John is a cat lover and tap dancer who formerly worked as a night watchman. He lives in Chicago.

Zach Manbeck is an author and illustrator living in Pennsylvania. As an artist, his work is described as modern vintage—nostalgic, yet fresh. As a creator, Zach aims to tell stories from new perspectives: stories that advocate for characters that haven’t yet had a chance to live in books. Learn more at ZachManbeck.com.
*"The text pays careful attention to the way Stanley addresses his nervousness  as he moves into his dream with grace. "
— -- Publishers Weekly, starred review

"A vibrant story that encourages readers to follow their passions—and share them with the world."
— --Kirkus Reviews