The Turn of the Screw: A timelessly unsettling ghost story (Paperback) 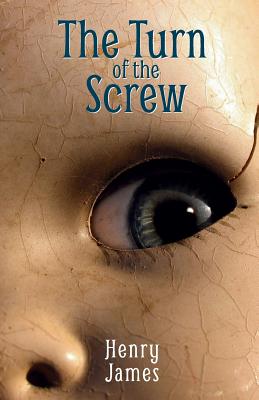 The Turn of the Screw: A timelessly unsettling ghost story (Paperback)


Not Currently On Our Shelves. Usually Ships in 1-5 Days.
A classic gothic horror story by Henry James

"We are afraid of something unnamed, of something, perhaps, in ourselves . . . Henry James . . . can still make us afraid of the dark." - Virginia Woolf

" James] is the most intelligent man of his generation." - T. S. Eliot

The Turn of the Screw summary

A new governess has been put in charge of educating and supervising Flora and Miles - two seemingly intelligent and affectionate young ophans at the country estate of Bly.

At the estate she sees a stranger in search of something - or someone; a man whom she discovers is dead, like her predecessor.

On this discovery she must fight a terrififying battle with dark forces to protect her two young pupils before the evil can harm them.

A battle in which her victory will be even more terrible.

A compulsively readable classic in the gothic genre.

The Turn of the Screw

The story had held us, round the fire, sufficiently breathless, but except the obvious remark that it was gruesome, as, on Christmas eve in an old house, a strange tale should essentially be, I remember no comment uttered till somebody happened to say that it was the only case he had met in which such a visitation had fallen on a child. The case, I may mention, was that of an apparition in just such an old house as had gathered us for the occasion - an appearance, of a dreadful kind, to a little boy sleeping in the room with his mother and waking her up in the terror of it; waking her not to dissipate his dread and soothe him to sleep again, but to encounter also, herself, before she had succeeded in doing so, the same sight that had shaken him. It was this observation that drew from Douglas -not immediately, but later in the evening - a reply that had the interesting consequence to which I call attention. Someone else told a story not particularly effective, which I saw he was not following. This I took for a sign that he had himself something to produce and that we should only have to wait. We waited in fact till two nights later; but that same evening, before we scattered, he brought out what was in his mind.

"I quite agree - in regard to Griffin's ghost, or whatever it was - that its appearing first to the little boy, at so tender an age, adds a particular touch. But it's not the first occurrence of its charming kind that I know to have involved a child. If the child gives the effect another turn of the screw, what do you say to two children - ?"

"We say, of course," somebody exclaimed, "that they give two turns Also that we want to hear about them."

I can see Douglas there before the fire, to which he had got up to present his back, looking down at his interlocutor with his hands in his pockets. "Nobody but me, till now, has ever heard. It's quite too horrible." This, naturally, was declared by several voices to give the thing the utmost price, and our friend, with quiet art, prepared his triumph by turning his eyes over the rest of us and going on: "It's beyond everything. Nothing at all that I know touches it."

"For sheer terror?" I remember asking.

He seemed to say it was not so simple as that; to be really at a loss how to qualify it. He passed his hand over his eyes, made a little wincing grimace. "For dreadful - dreadfulness "

"Oh, how delicious " cried one of the women.

He took no notice of her; he looked at me, but as if, instead of me, he saw what he spoke of. "For general uncanny ugliness and horror and pain."

He turned round to the fire, gave a kick to a log, watched it an instant. Then as he faced us again: "I can't begin. I shall have to send to town."