Incidents in the Life of a Slave Girl (Hardcover) 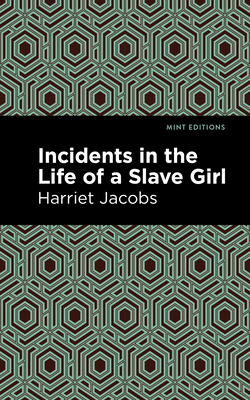 Incidents in the Life of a Slave Girl (Hardcover)

"This may be the most important story ever written by a slave woman, capturing as it does the gross indignities as well as the subtler social arrangements of the time."-Kirkus Review

"Of female slave narratives, Harriet Jacobs's Incidents in the Life of a Slave Girl, Written by Herself is the crowning achievement. Manifesting a command of rhetorical and narrative strategies rivaled only by that of Frederick Douglass, Jacobs's autobiography is one of the major works of Afro-American literature"-Henry Louis Gates, Jr.

Incidents In the Life of a Slave Girl, the autobiography of Harriet Jacobs, was initially written with the intention of illuminating white abolitionists to the appalling treatment of female slaves in the pre-Civil War South of the United States. The book was later rediscovered in the 1960's, and it was not until the 1980s that it was proved to be an extraordinary work of autobiographical memoir as opposed to fiction.

In this astonishing book, Harriet Jacobs uses the pseudonym of Linda Brent to recount her story as a slave, a mother, and her eventual escape to the north. Born into a relatively calm life as a young child to slaves, she is taken into the care of a kind mistress when her mother dies. Linda is taught to read and write, and is generally treated with respect. When the mistress passes away Linda is handed over to Dr. Flint. He is a negligent and cruel new master who subsequently pressures Linda for sexual favors, yet she resists his demands for years. In an attempt to circumvent the situation, Linda enters into a relationship with Mr. Sands, a white neighbor who ends up fathering her two children. Expecting that she and her children will be sold to Mr. Sands, Dr. Flint instead decides to subject them to further degradation. Linda escapes and goes into hiding in a small attic, and her children are eventually sold to Mr. Sand. For over seven years, Linda remains in hiding, until she ultimately escapes North to be reunited with her children. Incidents In the Life of a Slave Girl is a devastating yet empowering document that uniquely focuses on the psychological and spiritual effects that bondage had on women slaves and their families.

With an eye-catching new cover, and professionally typeset manuscript, this edition of Incidents in the Life of a Slave Girl is both modern and readable.