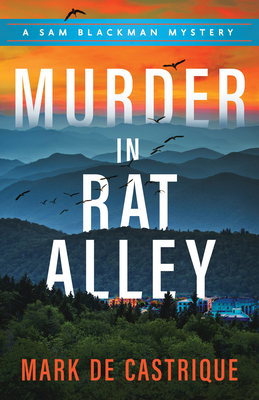 This is book number 7 in the Blackman Agency Investigations series.

In this unusual spin on the classic spy novel, murder strikes from our wartime pasts…

Iraq War veteran Sam Blackman with his prosthetic leg and his no-nonsense private eye partner Nakayla Robertson love their investigations which always carry a thread from the past—and they love each other. An interracial couple in the new South, the Asheville, NC, pair has surrounded themselves with a terrific support team including an unorthodox lawyer and a veteran cop. They deploy humor both to bind them together and to deflect insults. Plus, it helps deal with the tragedies their work uncovers.

Such a tragedy interrupts a meeting between the PIs and the neighboring law office when a body is unearthed from the grounds of the nearby Pisgah Astronomical Research Institute. During the Cold War it monitored developing space programs. Today it plays a vital role gathering weather and climate data. The body has been in the ground a long time. Why would its discovery spark off a new murder in Asheville's mountain music scene, the victim found amid the garbage of dark, dank Rat Alley?

She was the fiancée of the man murdered long ago. But surely this case is more than a domestic drama playing out over time….

The Blackman Agency Investigations excel at merging past and present, bringing little-known history to light, and are perfect for fans of James Lee Burke, Stephen Mack Jones, Margaret Maron, and Robert B. Parker.

Mark de Castrique grew up in the mountains of western North Carolina where many of his novels are set. He's a veteran of the television and film production industry, has served as an adjunct professor at the University of North Carolina at Charlotte teaching The American Mystery, and he's a frequent speaker and workshop leader. He and his wife, Linda, live in Charlotte, North Carolina. www.markdecastrique.com

"Someone trying to bury the past kills again and threatens Blackman and Robertson before the full, convoluted scheme involving more decades-old murder and espionage, is revealed." — Booklist

"Mark de Castrique fabricates an elaborate, multi-layered mystery that... makes for a fascinating read at a compelling pace." — Reviewing the Evidence

"MURDER IN RAT ALLEY is definitely a very compelling mystery with some surprising twists and unexpected connections!" — Fresh Fiction