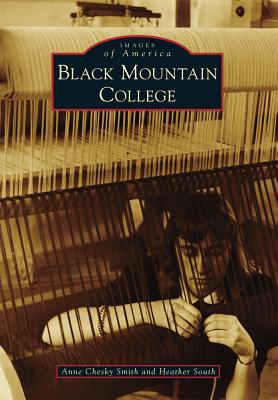 
On Our Shelves Now
Located in the mountains of North Carolina, Black Mountain College
was founded in 1933 by John Andrew Rice, Theodore Dreier, and other former faculty members from Rollins College. Their mission was to provide a liberal arts education that developed the student as a whole. Students and faculty lived and worked together on campus. Grades were abolished, and the arts were central to education. The college rented space for their first campus at Blue Ridge Assembly. In 1941, the college moved to the Lake Eden property they had purchased across the valley, allowing the school to grow. Many refugee artists found a home there, which provided an open and safe environment to create. Among the famous faculty and students of the college were Robert Rauschenberg, John Cage, Merce Cunningham, and Buckminster Fuller. Funding for the college was always scarce, and in debt, the college was finally forced to close its doors in 1957. Black Mountain College operated for only 24 years but left a lasting impact on the arts and education on an international scale.