Bones of the Lost: A Temperance Brennan Novel (Hardcover) 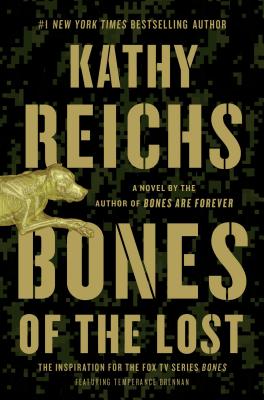 Bones of the Lost: A Temperance Brennan Novel (Hardcover)

This is book number 16 in the A Temperance Brennan Novel series.

When Charlotte police discover the body of a teenage girl along a desolate stretch of two-lane highway, Temperance Brennan fears the worst. The girl’s body shows signs of foul play. Inside her purse police find the ID card of a prominent local businessman, John-Henry Story, who died in a horrific flea market fire months earlier. Was the girl an illegal immigrant turning tricks? Was she murdered?

The medical examiner has also asked Tempe to examine a bundle of Peruvian dog mummies confiscated by U.S. Customs. A Desert Storm veteran named Dominick Rockett stands accused of smuggling the objects into the country. Could there be some connection between the trafficking of antiquitiesand the trafficking of humans?

As the case deepens, Tempe must also grapple with personal turmoil. Her daughter Katy, grieving the death of her boyfriend in Afghanistan, impulsively enlists in the Army. As pressure mounts from all corners, Tempe soon finds herself at the center of a conspiracy that extends all the way from South America, to Afghanistan, and right to the center of Charlotte. “A genius at building suspense” (Daily News, New York), Kathy Reichs is at her brilliant best in this thrilling novel.
Kathy Reichs’s first novel Déjà Dead, published in 1997, won the Ellis Award for Best First Novel and was an international bestseller. She has written twenty-two novels featuring forensic anthropologist Temperance Brennan. Kathy was also a producer of Fox Television’s longest running scripted drama, Bones, which was based on her work and her novels. One of very few forensic anthropologists certified by the American Board of Forensic Anthropology, Kathy divides her time between Charlotte, North Carolina, and Montreal, Québec. Visit her at KathyReichs.com or follow her on Twitter @KathyReichs.
"The forensic procedures take center stage, as they always do, in this cleverly plotted and expertly maintained series."
— New York Times Book Review

“When it comes to technical detail and local color, Reichs knows her stuff.”
— St. Louis Post-Dispatch

"This is a return to form for Reichs, who keeps the story moving at a brisk clip but never forgets that, ultimately, we’re here to see Dr. Brennan."
— Booklist