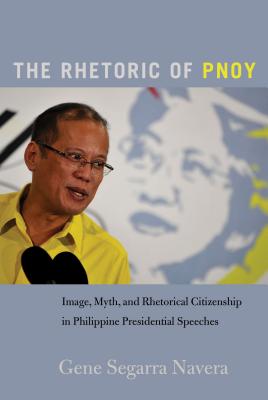 This is book number 32 in the Frontiers in Political Communication series.

Political speeches don't just mirror what transpires in the world; they have the potential to change people's minds, move them into action, reinforce existing assumptions, and reshape cultures. They define public participation and are the 'nexus points' of disparate discourses, both nationally and globally. Because of their power to sustain the status quo or effect change, speeches warrant public attention and careful study. To examine them is to understand how they are crafted, what elements they possess, and how these elements come together to affect their audience.

This volume analyzes selected speeches delivered by Benigno 'Noynoy' Simeon C. Aquino III, President of the Republic of the Philippines from 2010 to 2016. They are speeches that have been used to shape public perception, gain support, and build identification between Aquino's presidency and his audience.

By mobilizing the concepts of presidential image, myth, metaphors, and rhetorical citizenship, readers are guided through a process of examining the rhetorical trajectory of the Philippine presidency, how a president's discourse has attempted to shape Philippine socio-political reality, and how the evolving milieu the president has found himself in shapes his discourse. The essays in this volume will hopefully generate a discussion not only on the place of President Benigno Aquino's rhetoric in Philippine presidential history, but also of how rhetorical practices in an evolving democratic society in Asia can extend and expand theorizations of presidential rhetoric and political communication at large.

Gene Segarra Navera is a lecturer at the National University of Singapore (NUS), where he teaches ideas and exposition modules on Oratory and the Public Mind and Discourse, Citizenship and Society. He holds a PhD in English Language Studies from NUS as well.