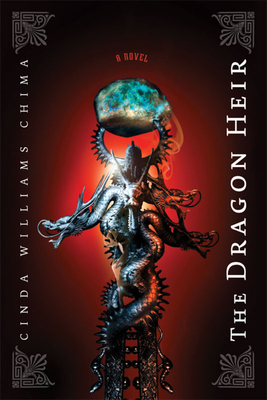 This is book number 3 in the The Heir Chronicles series.

The covenant that was meant to keep the wizard wars at bay has been stolen, and Trinity must prepare for attack. Everyone is doing their part—Seph is monitoring the Weirwalls, Jack and Ellen are training their ghostly army, even Anaweir Will and Fitch are setting booby traps around the town's perimeter. But to Jason Haley it seems like everyone wants to keep him out of the action. He may not be the most powerful wizard in Trinity, but he's prepared to fight for his friends.

Everything changes when Jason finds a powerful talisman—a huge opal called the Dragonheart—buried in a cave. The stone seems to sing to Jason's very soul, showing him that he is meant for more than anyone knew. Moral compasses spin out of control as a final battle storms through what was once a sanctuary for the gifted. With so much to lose, what will the people of Trinity be willing to fight for—and what will they sacrifice?
New York Times and USA Today bestselling author Cinda Williams Chima grew up with talking animals and kick-butt Barbies. She began writing poetry and stories in third grade and novels in junior high school. These days she writes fantasy fiction for teens of all ages. Her Heir Chronicles contemporary fantasy series includes The Warrior Heir, The Wizard Heir, The Dragon Heir, The Enchanter Heir, and The Sorcerer Heir.

Her high fantasy Seven Realms series launched with The Demon King, followed by The Exiled Queen, The Gray Wolf Throne, and The Crimson Crown; she is also the author of the Shattered Realms series, including Flamecaster, Shadowcaster, Stormcaster, and Deathcaster, among other works. She lives in Ohio with her family, and invites you to visit her online at cindachima.com.
"[A] beautifully directed tale of color and character, smells and spells."—VOYA