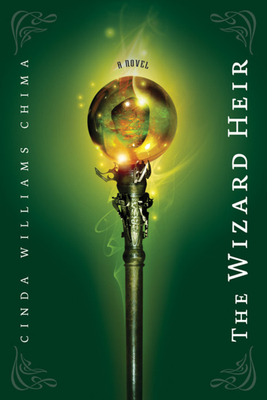 This is book number 2 in the The Heir Chronicles series.

Sixteen-year-old Seph McCauley has spent the past three years getting kicked out of one exclusive private school after another. And it's not his attitude that's the problem: it's the trail of magical accidents—lately, disasters—that follow in his wake. Seph is a wizard, orphaned and untrained, and his powers are escalating out of control.

After causing a tragic fire at an after-hours party, Seph is sent to the Havens, a secluded boys' school on the coast of Maine. At first, it seems like the answer to his prayers. Gregory Leicester, the headmaster, promises to train Seph in magic and initiate him into his mysterious order of wizards. But Seph's enthusiasm dampens when he learns that training comes at a steep cost, and that Leicester plans to use his students' powers to serve his own wicked agenda.

In this companion novel to The Warrior Heir, everyone's got a secret to keep: Jason Haley, a fellow student who's been warned to keep away from Seph; the enchanter Linda Downey, who knew his parents; the rogue wizard Leander Hastings; and the warriors Jack Swift and Ellen Stephenson. The only question is: Does Seph have the strength to survive this wizard war?

New York Times and USA Today bestselling author Cinda Williams Chima grew up with talking animals and kick-butt Barbies. She began writing poetry and stories in third grade and novels in junior high school. These days she writes fantasy fiction for teens of all ages. Her Heir Chronicles contemporary fantasy series includes The Warrior Heir, The Wizard Heir, The Dragon Heir, The Enchanter Heir, and The Sorcerer Heir.

Her high fantasy Seven Realms series launched with The Demon King, followed by The Exiled Queen, The Gray Wolf Throne, and The Crimson Crown; she is also the author of the Shattered Realms series, including Flamecaster, Shadowcaster, Stormcaster, and Deathcaster, among other works. She lives in Ohio with her family, and invites you to visit her online at cindachima.com.
"Fans of The Warrior Heir will be thrilled with this exceptional follow-up novel....This story is tighter, more complex, and even more intense than the first novel."—VOYA

"A fantasy trilogy of high-stakes magical politics gains depth with this second entry....As the graphic savagery of magical plots and counterplots builds to an explosive showdown, the tale remains rooted in Seph's all-too-human vulnerability. This sequel improves on the original, leaving fans eager for the foreshadowed resolution."—Kirkus Reviews