The Black President: Hope and Fury in the Age of Obama (Hardcover) 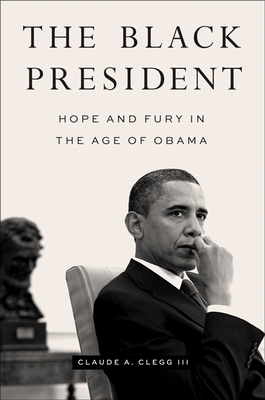 The Black President: Hope and Fury in the Age of Obama (Hardcover)

By Claude A. Clegg

The first sweeping, legacy-defining history of the entire Obama presidency.

In The Black President, the first interpretative, grand-narrative history of Barack Obama's presidency in its entirety, Claude A. Clegg III situates the former president in his dynamic, inspirational, yet contentious political context. He captures the America that made Obama's White House years possible, while insightfully rendering the America that resolutely resisted the idea of a Black chief executive, thus making conceivable the ascent of the most unlikely of his successors.

In elucidating the Obama moment in American politics and culture, this book is also, at its core, a sweeping exploration of the Obama presidency's historical environment, impact, and meaning for African Americans--the tens of millions of people from every walk of life who collectively were his staunchest group of supporters and who most starkly experienced both the euphoric triumphs and dispiriting shortcomings of his years in office. In Obama's own words, his White House years were the best of times and worst of times for Black America. Clegg is vitally concerned with the veracity of this claim, along with how Obama engaged the aspirations, struggles, and disappointments of his most loyal constituency and how representative segments of Black America engaged, experienced, and interpreted his historic presidency.

Clegg draws on an expansive archive of materials, including government records and reports, interviews, speeches, memoirs, and insider accounts, in order to examine Obama's complicated upbringing and early political ambitions, his delicate navigation of matters of race, the nature and impacts of his administration's policies and politics, the inspired but also carefully choreographed symbolism of his presidency (and Michelle Obama's role), and the spectrum of allies and enemies that he made along the way. The successes and the aspirations of the Obama era, Clegg argues, are explicitly connected to our current racist, toxic political discourse. Combining lively prose with a balanced, nonpartisan portrait of Obama's successes and failures, The Black President will be required reading not only for historians, politics junkies, and Obama fans but also for anyone seeking to understand America's contemporary struggles with inequality, prejudice, and fear.

Claude A. Clegg III is the Lyle V. Jones Professor of History and African American Studies at the University of North Carolina at Chapel Hill. He is the author of An Original Man: The Life and Times of Elijah Muhammad and Troubled Ground: A Tale of Murder, Lynching, and Reckoning in the New South.