With Just One Kiss: A Grayson Friends Novel (Paperback) 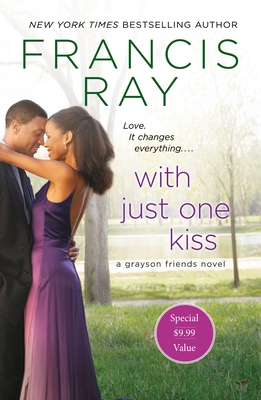 With Just One Kiss: A Grayson Friends Novel (Paperback)

This is book number 6 in the Grayson Friends series.

Cicely St. John is not impressed by her friend C.J. Callahan's so-called passion in life: running a New York City bar that he inherited from his uncle. So why can't Cicely stop thinking about the dance they shared at their mutual friends' wedding—or the mutual attraction she felt in C.J.'s arms?

As far as C.J. is concerned, Cicely is a snob whose "passion" in life—writing for fashion magazines—is as pretentious as she is. So why can't he keep his eyes off her? C.J. has a business to run. And Cicely has a job opportunity in Paris. Neither of them even has time to think about romance right now. But maybe, just once, the two could test their friendship…with just one kiss.