It Had to Be You: A Grayson Friends Novel (Paperback) 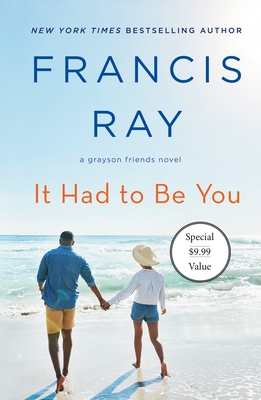 It Had to Be You: A Grayson Friends Novel (Paperback)

This is book number 4 in the Grayson Friends series.

Most musicians would do anything to work with the hot, young record producer known as "Rolling Deep." R.D. can pick and choose any artist he wants—and he wants Laurel Raineau. A classical violinist, Laurel plays soaring music that touches R.D. to his very soul. But the last thing Laurel wants is to work with someone whose exploits with the ladies appear in the tabloids every week.

Not one to take no for an answer, R.D. keeps trying—and failing—to let Laurel know that he's not the player he's made out to be. So he introduces himself to her by his real name, Zachary Wilder, hoping to win her over. But it's Zach who falls under this beauty's spell. Now it's only a matter of time before Laurel learns who the man she's losing her heart to really is—but can she walk away from a passion that feels so right?