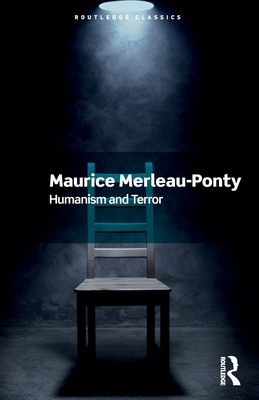 First published in France in 1947, Humanism and Terror is a vital work of political philosophy by one of the leading French philosophers of the twentieth century. Attempting to understand what he called the dislocated world that followed immediately after the Second World War--including his own, divided France--Merleau-Ponty asks a fundamental question: how did Marxism and humanism come apart?

Through a fascinating reading of Arthur Koestler's famous novel, Darkness at Noon, an allegory of the Stalinist show trials and purges of the 1930s, Merleau-Ponty weighs up the costs of a regime of permanent revolution and false confessions. His profound and controversial point, however, is that the purges were the inevitable outcome of abandoning crucial subjective elements of Marx's theory of history, with the result that humanism is suspended and government is terror.

As we again confront the reality of authoritarianism, political polarisation and curtailing of human freedom, the dislocated world brilliantly depicted by Merleau-Ponty in Humanism and Terror sends a powerful and articulate message that continues to resonate today.