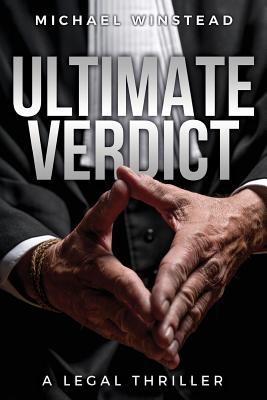 This is book number 1 in the Ultimate series.

A gripping mystery about vigilante justice...Justice that begins to undo its pursuers. Cliffhanger city!

A young woman is murdered while cycling in the Blue Ridge Mountains. Henry Lawter, a meth addict, confesses. He is tried, convicted, and sentenced to death. On appeal, the conviction is reversed because Lawter could not hear the Miranda warning--he was temporarily deaf, having pierced his own eardrums with an ice pick. He must be released.

Judge Raleigh Westlake, who presided over the trial and sentenced Lawter, cannot tolerate this injustice. He forms a vigilante tribunal with four others. Robert Crenshaw, Westlake's prot g e and an Assistant US Attorney, serves as the tribunal's prosecutor. David Johnstone, defense lawyer, acts as attorney for the accused, though the verdicts and sentences are pre-ordained. Marcus Cunningham and Ignacio Perez, two US Marshals and ex-Marines who protect the Judge and his federal courtroom, apprehend the criminals and carry out the sentences.

The cabal captures Lawter on a Florida beach. This time there is no reprieve. Lawter is put on trial in a secret courtroom inside a semi-trailer and found guilty again. He is executed by a heroin overdose masked as suicide.

Crossing the line is not easy. Westlake has been a federal judge for a dozen years. As he levies secret justice on each criminal, Westlake grapples with his Cherokee heritage, his Catholic faith, and his waning trust in the judicial system. He is not sure which one will win out.

A woman who made and distributed pornographic videos of her children is the next target. She escaped prosecution by turning government informant. Judge Westlake puts her on trial in the trailer and finds her guilty of heinous victimization of her kids. When promised a gruesome execution, she commits suicide.

The third target is an alcoholic baseball star who ran over five people in a cross-walk. A Savannah judge metes out a sentence of 30 days in an addiction clinic, a miscarriage of justice Judge Westlake cannot abide. The baseball player must answer for his crimes. Convicted of manslaughter and squandering second chances, the young prodigy is plied with the alcohol he so craves, put behind the wheel of his SUV, and pushed off a bridge into the Savannah River.

The tribunal's clandestine efforts produce only a small ripple in the cesspool of criminals. The Judge is unsated. He wants to send a message.

The fourth target is a US Congressman who has perpetrated a massive Ponzi scheme, bilking thousands out of their savings. He avoids prosecution through a network of shell companies, lawyers, and political connections. When the Department of Justice declines to prosecute Representative Lyle Walker for securities fraud, the voices of thousands of victims are ignored. The cabal captures the Texas Congressman and tries him in the trailer. He admits his crimes, as they all do. Congressman Walker is convicted of excessive greed and sentenced to death by rattlesnake. The group sends a public message to other criminals: someone is watching.

After the Congressman's assassination, the FBI launches a nationwide manhunt for the vigilantes. The FBI plants a false lead and Crenshaw, believing their capture is imminent, confesses the secret tribunal to his boss, United States Attorney Caroline Bannister. Caroline was on the trial team that convicted Henry Lawter, only to see him set free. She too has lost faith in the system. Her sister was murdered in a drug slaying 25 years earlier. The killer has not been caught.

Feigning an investigation into Westlake's criminal enterprise, and promising Crenshaw full immunity, Caroline invents a rendezvous with the FBI to capture Westlake and his cohorts. In a surprise finale, Crenshaw is dead. The FBI has not been informed of the secret tribunal. Caroline must confront the cabal alone.

Michael Winstead, a thirty-year veteran of courtroom battles, enjoys delving into complex issues such as law and disorder, crime and punishment, and life and the ultimate verdict-death. In the tradition of lawyer authors like John Grisham and Scott Turow, Winstead probes the intricacies of our justice system, wrapping significant questions in a fast-moving plot. He writes from places that inspire creativity and imagination, including the mountains and the sea.