Between Shadow and Sun: A Husband's Journey Through Gender - A Wife's Labor of Love (Paperback) 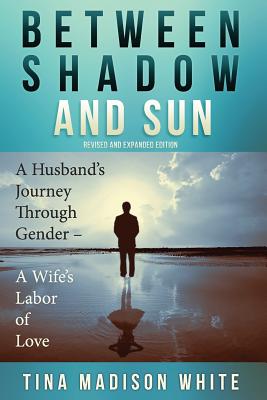 Between Shadow and Sun: A Husband's Journey Through Gender - A Wife's Labor of Love (Paperback)

WHAT HAPPENS WHEN A MAN'S SEARCH FOR IDENTITY GOES HEAD-TO-HEAD WITH A WOMAN'S LOVE?
Tom had carved out a successful career helping companies transform. He loved big change. He also loved being a husband and father. His wife, Mary, called him her knight in shining armor.
But Tom struggled with a secret: was he a man or a woman? He had agonized over this question for most of his life: "God, help me, let it be anything but this."
Between Shadow and Sun chronicles Tina White's fifty-year journey to womanhood: her efforts to make sense of life as a man; her awkward first steps into the world as a woman; her struggle to honor and love her family and to hold onto her career.
The book also describes the efforts by Tina's family - especially her wife, Mary - to make sense of it all. Mary was disconsolate over the loss of her husband. Would she embrace the woman who had taken him away from her?
An intimate look at one person's struggle to make sense of gender and a couple's attempts to make sense of love.
Tina White has built a career transforming businesses, processes and people. Now she is working on her biggest transformation project yet - herself. Tina has worked as a commercial and investment banker, a management consultant, a business information manager, and an organization strategist. She and her wife, Mary follow the lives of their five children and five grandchildren from their home in Asheville, North Carolina. Since coming out, Tina has become vocal in advocating for transgender people and their rights. She contends that, aside from their struggle with gender, transgender people are very normal human beings. They are capable of making great contributions to the world-if only we would let them. Tina has appeared on National Public Radio and the Dr. Oz Show.