Escape From Fear (Mysteries in Our National Park) (Hardcover) 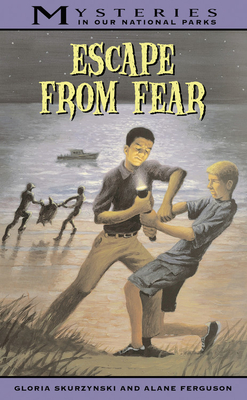 Escape From Fear (Mysteries in Our National Park) (Hardcover)

This is book number 9 in the Mysteries in Our National Park series.

Alane Ferguson is an award-winning writer. Her first mystery, Show Me the Evidence, won the Edgar Award, given by the Mystery Writers of America. She lives in Elizabeth, CO. Visit Alane Ferguson at: www.alaneferguson.com. Award-winning author Gloria Skurzynski has written more than 30 children’s books. Her nonfiction book, Almost the Real Thing, won the American Institute of Physics Science Writing Award. She has written several nonfiction books for National Geographic including Are We Alone, an NSTA Outstanding Science Trade Book for Young People and an IRA/CBC Young Adults’ Choice for 2006. She lives in Boise, ID. Visit Gloria Skurzynski at her Web site: www.gloriabooks.com.