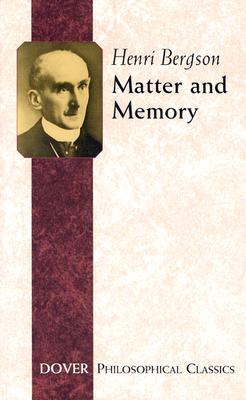 A monumental work by an important modern philosopher, Matter and Memory (1896) represents one of the great inquiries into perception and memory, movement and time, matter and mind. Nobel Prize-winner Henri Bergson surveys these independent but related spheres, exploring the connection of mind and body to individual freedom of choice.
Bergson's efforts to reconcile the facts of biology to a theory of consciousness offered a challenge to the mechanistic view of nature, and his philosophy can be regarded as a forerunner to later developments in relativity theory and conceptions of mental process. His original and innovative views exercised a profound influence on other philosophers -- including James, Whitehead, and Santayana -- as well as novelists such as Dos Passos and Proust. Essential to an understanding of Bergson's philosophy and its legacy, this volume appears on the Malaspina Great Books Core Reading List.
Essential to an understanding of Bergson's philosophy and its legacy, Matter and Memory is among Dover's Philosophical Classics. A collection of the major works in Western and Eastern philosophy, this new series ranges from ancient Greece to modern times. Its low-priced, high-quality, unabridged editions are ideal for teachers and students as well as for other readers.