The Second Treatise of Government and a Letter Concerning Toleration (Paperback) 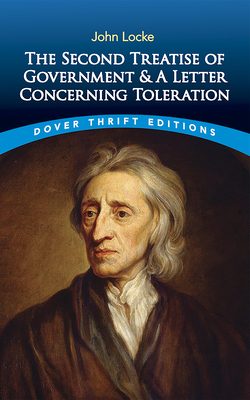 The Second Treatise of Government and a Letter Concerning Toleration (Paperback)


Not Currently On Our Shelves. Usually Ships in 1-5 Days.
A highly influential figure in the Age of Enlightenment in England and France, whose works helped inspire the Declaration of Independence and the U.S. Constitution, John Locke was one of the most important political theorists in Western history. In The Second Treatise of Government, a major contribution to the principles underlying modern democracies, he achieved two objectives: refuting the concept of the divine right of monarchy, and establishing a theory of government based on the ultimate sovereignty of the people.
In A Letter Concerning Toleration, composed as early as 1667 but not published for political reasons until 1689 -- after the "Glorious Revolution" -- Locke pleaded for religious tolerance on grounds similar to his argument for political freedom, i.e., that all men are by nature "free, equal, and independent," and are entitled to freedom of thought, freedom of speech, and freedom of worship. To help guarantee the latter freedom, Locke called for separation of church and state.
The basis of social and political philosophy for generations, these works laid the foundation of the modern democratic state in England and abroad. Their enduring importance makes them essential reading for students of philosophy, history, and political science.