The Dark and Hollow Places (Paperback) 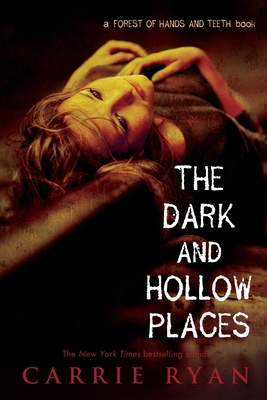 The Dark and Hollow Places (Paperback)


This book is currently on backorder. Please call or email for availability.
There are many things that Annah would like to forget: the look on her sister's face before Annah left her behind in the Forest of Hands and Teeth, her first glimpse of the Horde as they swarmed the Dark City, the sear of the barbed wire that would scar her for life. But most of all, Annah would like to forget the morning Elias left her for the Recruiters.
Annah's world stopped that day, and she's been waiting for Elias to come home ever since. Somehow, without him, her life doesn't feel much different than the dead that roam the wasted city around her. Until she meets Catcher, and everything feels alive again.
But Catcher has his own secrets. Dark, terrifying truths that link him to a past Annah has longed to forget, and to a future too deadly to consider. And now it's up to Annah: can she continue to live in a world covered in the blood of the living? Or is death the only escape from the Return's destruction?

CARRIE RYAN is the New York Times bestselling author of The Forest of Hands and Teeth trilogy that includes The Forest of Hands and Teeth, The Dead-Tossed Waves, The Dark and Hollow Places, and the original ebook Hare Moon. She has edited the short story anthology Foretold: 14 Stories of Prophecy and Prediction and contributed to many other story collections herself, including Zombies vs. Unicorns, Kiss Me Deadly, and Enthralled. Her work has been translated into over eighteen languages and her first novel is in production as a major motion picture. Born and raised in Greenville, South Carolina, Carrie is a graduate of Williams College and Duke University School of Law. A former litigator, she now writes full time and lives in Charlotte, North Carolina. Visit her at CarrieRyan.com.