The Appalachian Trail: A Biography (Hardcover) 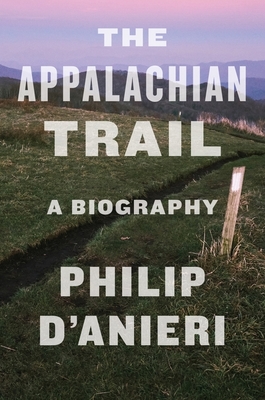 The Appalachian Trail: A Biography (Hardcover)


On Our Shelves Now
The Appalachian Trail is America’s most beloved trek, with millions of hikers setting foot on it every year. Yet few are aware of the fascinating backstory of the dreamers and builders who helped bring it to life over the past century.

The conception and building of the Appalachian Trail is a story of unforgettable characters who explored it, defined it, and captured national attention by hiking it. From Grandma Gatewood—a mother of eleven who thru-hiked in canvas sneakers and a drawstring duffle—to Bill Bryson, author of the best-selling A Walk in the Woods, the AT has seized the American imagination like no other hiking path. The 2,000-mile-long hike from Georgia to Maine is not just a trail through the woods, but a set of ideas about nature etched in the forest floor. This character-driven biography of the trail is a must-read not just for ambitious hikers, but for anyone who wonders about our relationship with the great outdoors and dreams of getting away from urban life for a pilgrimage in the wild.
PHILIP D’ANIERI teaches courses on the built environment at the University of Michigan. He worked in public radio journalism and state government before earning a PhD in urban and regional planning at Michigan. He lives in Ann Arbor.

"A stalwart biography...if the A.T. were a musical, this would be its playbill."—The New York Times    "Thru-hiking memoirs may be the current rage, but they wouldn’t exist without the passion and fortitude of the individuals outlined here... VERDICT: For readers interested in the outdoors. The complicated and colorful people who brought the AT to life deliver a distinctive view of its creation."—Library Journal   "Combining interesting biographies with the past century’s growth of environmentalism, D’Anieri will satisfy aficionados of both."—Booklist, STARRED   "In this engrossing debut, urban planning professor D’Anieri takes a breezy trek through the century-long history of the Appalachian Trail...In genial prose, D’Anieri captures the trail’s majesty and its power to inspire those who ramble on it. Hikers will be captivated by the rich history, as well as those in need of inspiration for their next escape." —Publishers Weekly   “Superbly rendered biographies of the adventurers who were instrumental in conceiving, building, popularizing, and sustaining the storied Appalachian Trail….[D’Anieri’s] character studies are uniformly fascinating, as readers learn far more than expected about these obsessive, sometimes cranky creators….An incisive take on an American treasure that shines with illuminating detail and insight.”—Kirkus Reviews, STARRED   "For those of us who live with wild places of the American East, the AT is more than a line on a map—as this book makes clear, it's jagged path is the EKG of our heart's desires. And if you've read A Walk in the Woods, this volume is worth it for the depiction of Bill Bryson alone!" —Bill McKibben, author of Wandering Home      "Written in a voice somehow both erudite and brisk, this history deepens our understanding of this most beloved belt of wild land. Every hiker of the Appalachian mountains—or any mountains at all, really—will be fascinated by this book." —Robert Moor, author of the best-selling On Trails: An Exploration   “Philip D’Anieri has found a new and inspiring way to tell the story of one of the American environmental movement’s crowning achievements….This book throws new light on a cherished institution and enlarges our sense of what the American environmental movement can accomplish.” —Robert Fishman, Taubman College of Architecture and Urban Planning, University of Michigan   “Philip D’Anieri’s tour de force fills a gap in Appalachian Trail literature that we didn’t even know was there. By stringing together historical narratives so as to explore the trail’s family tree, he constructs the AT as a living entity worthy of its own biography. This book should appeal as much to history buffs as it does to trail crew, thru-hikers and other AT devotees.” —John Seibert Farnsworth, author of Nature Beyond Solitude: Notes from the Field         —