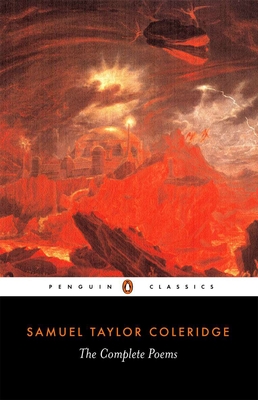 
Not Currently On Our Shelves. Usually Ships in 1-5 Days.
"O pure of heart! thou need’st not ask of me What this strong music in the soul may be!"

One of the major figures of English Romanticism, Samuel Taylor Coleridge created works of remarkable diversity and imaginative genius. The period of his creative friendship with William Wordsworth inspired some of Coleridge’s best-known poems, from the nightmarish vision of the "Rime of the Ancient Mariner" and the opium-inspired "Kubla Khan" to the sombre passion of "Dejection: An Ode" and the medieval ballad "Christabel." His meditative ‘conversation’ poems, such as "Frost at Midnight" and "This Lime-Tree Bower Mr Prison," reflect on remembrance and solitude, while late works, such as "Youth and Age" and "Constancy to an Ideal Object," are haunting meditations on mortality and lost love.

This volume contains the final texts of all the poems published during Coleridge’s lifetime and a substantial selection from those still in manuscript at his death, arranged in chronological order of composition to show his development as a poet. Also included are an introduction, table of dates, further reading, extensive notes, and indexes of titles and first lines.

For more than seventy years, Penguin has been the leading publisher of classic literature in the English-speaking world. With more than 1,700 titles, Penguin Classics represents a global bookshelf of the best works throughout history and across genres and disciplines. Readers trust the series to provide authoritative texts enhanced by introductions and notes by distinguished scholars and contemporary authors, as well as up-to-date translations by award-winning translators.
Samuel Taylor Coleridge (1772-1834) was a poet, critic, and philosopher of Romanticism. He and William Wordsworth published the Lyrical Ballads in 1799, marking a conscious break with 18th-century tradition.